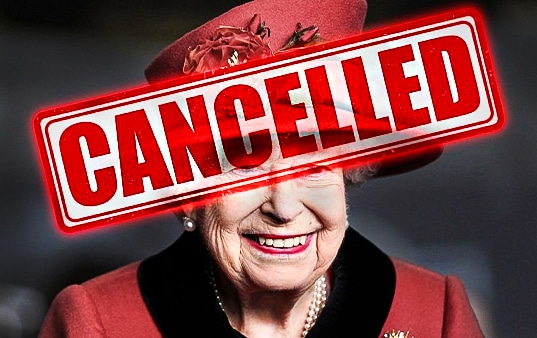 The president of an Oxford College defends the student’s ‘woke’ madness in the name of ‘free speech’!

Students at Magdalen College, Oxford, voted to remove a photograph of the Queen in the common room because of it representing ‘colonial history’.

These ‘woke’ college students think the Queen is a racist and it hurts their delicate feelings seeing her face on the wall.

Education secretary Gavin Williamson called the move ‘absurd’ and said that the Queen is a symbol of what is best about the UK and that she has worked tirelessly to promote British values of inclusivity and tolerance.

It’s true, the Queen has always been a shining example of British culture and has never done or said anything racist, ever!

But the college fired back:

The president of Magdalen College, Oxford, tweeted that it is the student’s prerogative as to what pictures they have in their common room and that the college strongly supports free speech. She also took aim at Williamson saying that being a student is more than just studying and that “It’s sometimes about provoking the older generation. Looks like that isn’t so hard to do these days.”

Let’s get something straight:

In recent times, there is one thing that colleges and universities do not promote; and that is free speech! Modern colleges are the antichrist of free speech. They are a hotbed of woke, gender-fluid, and socialist detritus.

If there was a barrel of ‘wokeness’, modern universities would be the bottom feeders, the lowest of all ‘wokeness’. If you are anything but an extreme leftist, you will not be welcome at colleges and universities today. Universities have rightfully been criticized extensively for banning ‘controversial’ speakers just because they don’t preach the ‘woke’ garbage that the majority of students and professors want to hear.

Intellectuals such as clinical psychologist Jordan Peterson, who speaks nothing but eloquent sense have been banned from speaking at certain universities. The students and professors claim he is part of the ‘alt-right’, when in actuality he has repeatedly condemned the alt-right.

These left-wing colleges just want to suppress voices that they don’t agree with and are hell-bent on pushing extreme left-wing ideas.

For Oxford University to claim they support free speech as an excuse for more ‘woke’ extremism is laughable!

RELATED ARTICLE: What NO ONE Tells You About UNIVERSITY That I Discovered The HARD Way