You see it’s not as similar to 911 as you may think, not everyone can use it…

The 888 service has a very specific purpose, aimed at a specific set of people:

The service will be exclusively for women walking home.

It comes after the murder of Sarah Everard by former policeman Wayne Couzens. The service, developed by BT CEO Philip Jansen, allows women to call or text 888 or use the mobile app that stores their home address and tracks them via GPS on their way home.

The service will calculate the time of their journey and a message will be sent to them at the time they are expected to arrive home – if they don’t respond, their emergency contacts will be called, and the police will be notified.

The aim is to tackle the current concerns about the safety of women walking home alone, whether from work or a night out. However, some have criticized the move for simply “putting a plaster” on the real problem.

The real problem being male violence towards women…

Nazir Afzal, a former chief prosecutor in the UK, tweeted, “Any strategy that requires the potential women victims to be tagged rather than the violent male perpetrator will fail”.

In a heated comment on his tweet, he added, “As several women have said Priti Patel’s 888 App will help us find their body”.

On the other side of the coin:

Despite the criticism, and putting aside the issue of user privacy, the system sounds like a decent solution to protect vulnerable people walking alone at night on dangerous streets – emphasis on “people”.

I would argue that the issue appears to have been hijacked by woke extremists with obsessions over gender; because the truth of the matter is that both genders feel, and are, vulnerable walking home alone!

No doubt, women are more vulnerable, but as a 6’1” man myself, who has been a bodybuilder for ten years, I’d feel pretty anxious walking the streets of London at night and alone (maybe I’m just a pu**y?)!

This begs the question…

When did men stop being victims of street violence?!

BREAKING NEWS: CHINA: World War 3 Could Be MOMENTS Away

FEATURED ARTICLE: Veterans in Need: LIFTING the Veil on the US Veteran CRISIS

2) BT Chief Executive PHILIP JANSEN: Let’s end the worry for those we love after the murders of Sarah Everard and Sabina Nessa: https://www.dailymail.co.uk/news/article-10074277/BT-plans-888-number-worried-women.html [Straight from the source] 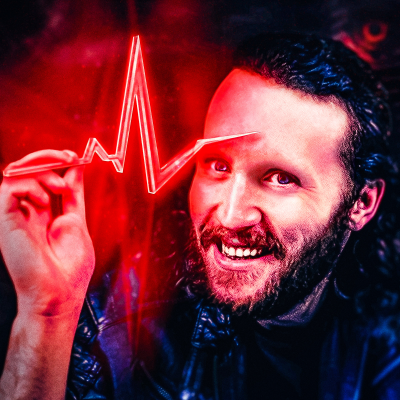